Top 6 Things No One Tells You about Retiring 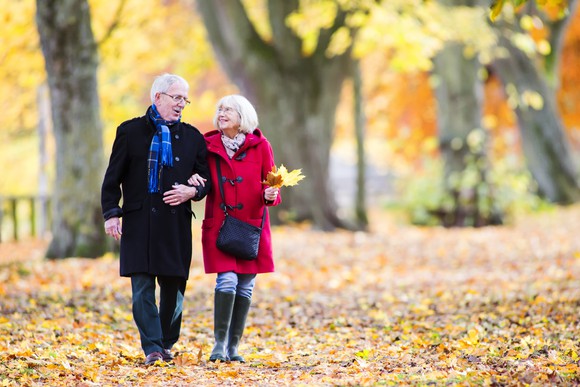 To make your retirement years truly golden, understand what may be coming your way.

Many of us look forward to retirement as the reward for a lifetime of hard work. While the post-work years can truly be golden for those who plan for them, many retirees are caught off guard by the facts of their new life. Here are six things you should know about before you leave the working world for good.

Withdrawals from these account types are treated as taxable income, which means you’ll owe income tax on the amount distributed. This increase in your taxable income may expose your Social Security benefits to taxation as well. As if that weren’t enough, your Medicare Part B premium also rises along with your income. If your income is high enough, Part B can cost you as much as $428.60 per month.

Those are some tremendous costs to bear for accessing your own retirement savings.

2. Medicare premiums can eat up your Social Security increase

Most retirees are relieved to find out that their Social Security benefit can receive an inflation adjustment every year to help keep pace with rising costs. What few realize, however, is that raising Medicare Part B premiums may wind up chewing through most, if not all, of that entire increase. Thanks to the ”hold harmless” provision, hikes in Medicare Part B premiums can eat up all — but not more than — the increase in a recipient’s Social Security check.

The table below shows how that has worked in recent years. Standard Medicare Part B premiums increased from $104.90 per month in 2015 to as much as $134 per month in 2017. They’re expected to remain at $134 in 2018, but that’s cold comfort to a retiree whose net monthly Social Security check has gone up by less than $8 since 2015 because of Medicare Part B premium hikes.

3. It gets substantially harder to wait out a bad market once you retire

While you’re working and adding money to your retirement accounts, your salary covers your costs of living. That makes it much easier for you to power through a nasty bear market and wait for the ensuing recovery. Indeed, in many respects, while you’re still working, you can look forward to bear markets as an opportunity to buy great companies’ stocks on sale.

Once you retire and start pulling money from your portfolio to cover your costs of living, however, a down market takes on an entirely different meaning. If you need to sell stocks to pay your bills, a market slump may leave you with no choice but to sell at a low point and rapidly deplete your retirement assets. That’s why you should structure your retirement finances so that you have at least a five-year buffer of bonds and cash to see you through bad spells. Then you won’t be forced to sell during a typical downturn.

4. You could finish retirement with a larger nest egg than you had when you started it

A common guideline for retirement spending is known as the 4% rule. This rule indicates that with a diversified stock and bond portfolio, you can spend 4% of the initial value of your nest egg in the first year of your retirement and then increase your withdrawals annually based on inflation. Following that strategy, over the course of a 30-year retirement, you’ll be very unlikely to run out of money.

The benefit of following the 4% rule is that it has been back-tested and shown to survive some pretty tough market conditions. The potential downside, however, is that because the rule was designed to withstand tough market conditions, you may end retirement with more money than you had when you started it — especially if you’re invested primarily in stocks, which have far outpaced inflation over the long term.

Michael Kitces of Pinnacle Advisory Group analyzed models of the 4% rule over various 30-year periods all the way back to the late 19th century, and he found that the median follower of the 4% rule would end up with about 2.8 times their starting balance at the end of those 30 years.

So what’s wrong with ending retirement with more than you started with? Well, as the old saying goes, you can’t take it with you. If that money is available to you at the end of your retirement, it means you didn’t spend as much as you could have earlier in your retirement, when you may have been able to enjoy it more.

5. Other than health-related costs, your expenses may actually go down in retirement

Americans’ annual household spending tends to decrease once a family is headed by a person aged 55 or older, according to the U.S. Bureau of Labor Statistics. That’s partly because they have paid off their mortgages, and their adult children are self-sufficient. They also enjoy various tax benefits like a larger standard deduction, greater medical-expense deductions, and freedom from the Social Security and Medicare payroll tax.

There’s also the fact that people generally slow down as they age. While early retirement may be marked by periods of frequent travel, older retirees tend to stay put more and thus spend less. Keep that in mind as you plan out your retirement, because you’ll want to be able to spend more while you’re young enough to enjoy that spending to the fullest.

6. You still have 24 hours in your day and seven days in your week

Depression is a widespread issue among retirees. When you leave the workplace, you lose the regular socialization that goes with it, along with the daily mental and physical activity. The deaths of aging friends and family members are also a contributing factor. The happiest retirees find meaningful ways to fill their days. Caring for family members, charitable volunteer work, or even a low-stress job can keep them active and provide them with purpose, stimulation, and social support.

Working late in life is not a sign of failure. Even Warren Buffett, one of the richest people in the world, chooses to keep working despite the fact that he’s well into his 80s. His secret is doing work that he loves, finds meaning in, and can continue to do despite his age. While you may never be CEO of a multibillion-dollar business, you can certainly use him as inspiration to keep active and engaged well into your golden years.

3 Ways to Have a Happy Retirement, According to People Who’ve Already Retired

Why You Should Always Keep Investing Simple